Welcome, Writer, to the first addition of my Five-Steps-to-a-Novel-Program. In case you don't know, I am Hailey Myers, and in this lesson I will be helping you along in your journey of creating characters. For a successful novel, there are a few different forms of characters that you need. These are:

These three forms are absolutely essentail for any best-seller. To give you a worthy grasp of them all, I will explain each individually.

The Protagonist of a story is the main character, the individual your made-up world revolves around. Some novels have only one, such as in the Harry Potter Series , and some novels have multiple, which we call a Split Point of View, such as in the Mortal Insturments Series . Regardless of how many you have, every Protagonist has an few things that they need in order to be both interesting and believeable.

Now that we have identified these things, let's dive right in.

While this may seem so basic that it's comical, most writers struggle with this task every time they are faced with it. It's easy to be tempted to just pick a random name and run with it, which you can do if you really have your heart set on it, but you should consider whether or not it would be more bennifical to your story to name your character a name that means something special. For example, you could name your vain main character Ani which means 'Beautiful' to circle back to her personality.

For the sake of this Program, I will create a character along with you. His name will be Yahweh, which means 'The Lord'. You'll see how this comes to play as we begin adding on to our characters and overall story line.

Ah, yes, Personality, the thing that sets our Protagonist apart from everyone elses. This is one of the most important elements to consider when character-creating because it is the one thing that will influence your characters dialouge and overall choices throughout the book.

You need to make sure that your characters personality is bennifical to your story - and that it is cappable of improvement. Take Katniss from The Hunger Games for example; in order to Volunteer as Tribute and survive the Hunger Games later on, she needed to be selfless, level-headed, and physically capable. However, if she was perfect from the begining and had no possiblity of failure, there would be no point in reading the rest of the story. Katniss' downfall was that she was not a people-person, which she needed to work on chaging in order to win the favor of the Capital.

Going back to Yahweh, I'm going to make him kind and selfless to a cripiling fault. This means that he will go as far as dying for someone he's never met if they say it will make them happy, and he will stay in any relationship he's built regardless of whether or not it's in his best interest.

Backstory and personality go hand and hand because a characters backstory is the dirty trick writers use to explain why their character asks the way he does. For example, a character who grew up in an unheathly home that ulimately landed his parents in jail and him in foster care may grow up to find that it's hard for him to open up to people. A character who grew up forever in the shadow of her magnificent older sister may become a desperate people-pleaser, wanting nothing more than to be liked.

When you chose your own Protagonist's backstory, don't be afraid to use it to your utter advantage! As for Yaweh, he comes from a wealthy family that taught him never to turn his nose up to someone less fortunate then him, which he took to heart quite quickly, setting him up for a life full of smiles and volunteer work.

A Problem Particular to Them

We are all familar with what I like to call the Chosen One Theory whether we're aware of it or not. All it means is that Protagonists tend to be the Chosen Ones in their story. While some may call this a cliche, it's actually essential to any story because your plot will be flat and boring without it. Obviously, you have your character, and you should have a problem that he or she is going through, and you must decide why they are the ones who have to solve it. What makes the problem particular to them?

We'll say that Yaweh's problem is that the Antagonist is asking him to do evilish things on the grounds of those things will make him happy, and this is particular to Yaweh because his personaily forbids him from refusing the request, making for an interesting story.

Motivation to Solve this Problem

It's not enough for your character to be the only one, or at least the one most capable, of solving the story's problem, they also need to have the motivation to solve it. Intellegent beings don't do anything without proper motivation; children would not get out of bed in the morning of they didn't have to go to school.

Yaweh's motivation happens to be the same as why his problem is particular to him, but feel free to experiment with these two elements in your own creative way!

If your Protagonist is an absloute saint with no bad habits or unpretty sides to their personality, they will become unrealistic, which means your readers will be unable to relate to the character. When readers fail to see part of themselves in the main character of a book they're reading, their intrest in the book wears out pretty quickly.

On the conrary, if your character is completely evil, it will be hard for readers to root for the characters sucess, resulting in the same problem as before.

There are two main types of Antagonists:

An External Antagonist is simply the main conflict of the story in phisical form. This could mean a couple of different things.

This is the classic 'Bad Guy' villan, driven by pure negative impulses. A popular example of this is Voldemort of the Harry Potter Series

This type of Antagonists starts out as someone the Protagonist trusts and becomes a point of conflict somewhere before the end of the story. This happens in Heathers when J.D., who was originally Veronica's troubled-but-sweet boyfriend, tried to blow the school up at the end of the movie because the students were mean and he didn't think he should have to deal with them.

When someone in a position of power decides to make things difficult for someone else below them, they're called an Intervening Authority. This could range anywhere from Allie's mom in the Notebook who hid Noah's letters from her daughter because she believed she could do better, to the Capitol in The Hunger Games who forced twenty-four children to fight to the death each year because they could make them do whatever they wanted them to and they found it amusing.

The Force of Nature

Forces of Nature don't need a reason to be evil, they just are. Good examples of this are the Tornado in The Wizard of Oz and the shark in Jaws

It is common for a story to have a Mavolent Villan as the main conflict, and then a few Internal Antagonists rolled in for subplots, so don't limit yourself to one source of pain for your characters!

Minor characters are all the characters that are not the Protagonists or the Antagonists. It is possible to avoid them, such as was done in Cast Away , but it may result in your novel being used to put people to sleep rather than keep them up all night flipping through the pages at lightning speed. 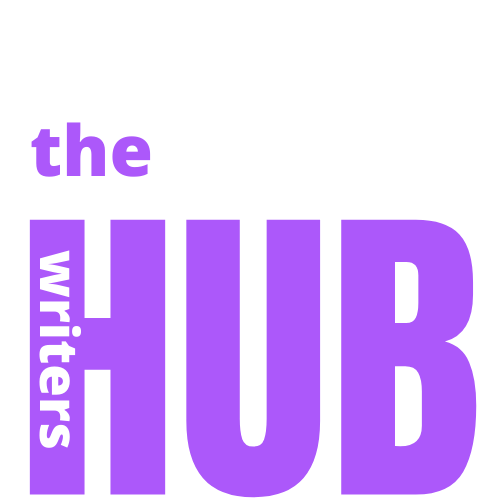